RIP Attrell Cordes aka Prince Be of PM Dawn 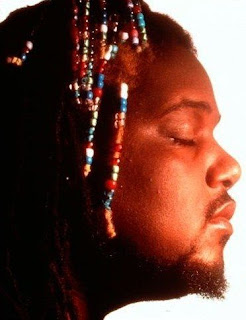 I was very sad today to hear of the passing of Prince Be of PM Dawn.  If you have paid any attention at all to this blog, you know that my taste in music pretty much revolves around rock music.  I really don't like hip-hop and rap, but every once in a great while, I connect to something in that genre of music.  One of those artists is PM Dawn.

What I always like about PM Dawn is that they were not afraid to march to their own drum.  At a time in the early 90's when most hip-hop and rap artists were only sampling music from Motown and funk artists, PM Dawn didn't.  PM Dawn sampled everything from The Beatles to Deep Purple to George Michael to 80's new wave to Prince.  On top of that, they were talented enough to write their own music without sampling anything at all.  Another rule they broke was they were rap artists who could sing, so they did.  Prince Be had a good voice and he would sing entire songs without rapping at all.  Nowadays, a lot of these things are commonplace, but back then they weren't.  In fact, many of the top hip-hop/rap artists were mad with PM Dawn at the time and outcast them because of that.  It is funny to see that time has proven that PM Dawn were right and were way ahead of their time.

Prince Be has battled with diabetes for years and the pain from this disease has prevented PM Dawn from doing much over the years and today, complications from that disease led to his life ending at only 46 years old.

RIP Prince Be of the Nocturnal.

Here are some of my favorites from PM Dawn: