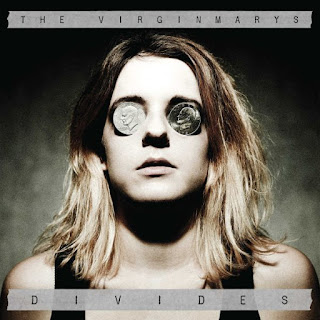 Divides is a hard rock album with a punk rock twist that is filled will a ton of energy.  The energy of the music is perfect because it fits the lyrics which includes a lot of political anger.  Unlike most music out there today, The Virginmarys have a lot to say and it only makes the songs better.  The band only has three members, but the music sounds so much more powerful than that.  The drums are fierce, the bass rumbles and the guitars shred.  Add in lead singers raspy vocals and it is just a badass album.

Every song on this album is great, but some of the stand outs include the first single Into Dust, Free To Do Whatever They Say and the amazing Halo In Her Silhouette.  I honestly can't imagine a better album in 2016 than Divides and I've listened to a ton of them.  Without a doubt, The Virginmarys is the best rock band out there right now.  Do yourself a favor, buy both their albums immediately.

Posted by VariousCrap at 2:06 PM