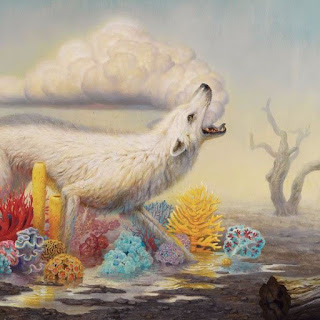 You know what pisses me off?  When a US rock band, that kicks a ton of ass, is virtually ignored in their own country, yet they are big in Europe and England.  It is just more proof that the music scene in the US is just crap.  Well, thank the saints that Rival Sons are doing well in other countries because that is why we keep getting new albums from them every couple of years.  Hollow Bones is Rival Sons fifth album and once again, this band has hit it outta the park.

If you want to hear an album from a new band that sounds like it comes right out of the 70's, this is the the album for you.  Stylistically, the Rival Sons have been compared to Led Zepplin, Bad Company and Deep Purple and you can hear that in this album.  Some of the songs on this album that really kick ass include Hollow Bones Part 1, Tied Up and the fantastic Hollow Bones Part 2.  Without a doubt, Hollow Bones Part 2 will be one of my favorite songs of the year.  This album is filled with riffs that groove, incredible vocals and solid guitar work.  While this album does have a bit of a different feel than some of their past albums, it is worth a listen for any rock n roll fan.

Posted by VariousCrap at 8:27 AM