Music Review: Catfish and the Bottlemen - The Ride 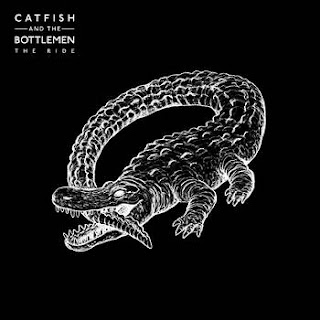 Here is a weird concept for me, in Britain there is an entire generation of young rock bands who grew up on and are influenced by Oasis.  This is weird for me because I don't think of Oasis as being around that long, but they have been.  One of the new bands making a splash in Britain with their Oasis influenced rock is Catfish and the Bottlemen.  I discovered this band watching them on the Conan O'Brien show and I liked their performance enough to check out the album.  Their album, The Ride, is their second album and it debuted at #1 in Britain.

So how does a new Oasis influenced band sound to these ears?  Pretty damn solid.  Listening to the entire album, it is evident that Oasis is their biggest influence, but they don't try to sound exactly like them.  I think Catfish and the Bottlemen are a little more mellow compared to classic 90's Oasis.  They are also a little more clean sounding.  In other words, I think they played it a bit safe by making sure the entire album is a perfect fit for the radio.  This isn't a bad thing, it is just the main difference I hear compared to Oasis.  The Ride is a cool album and it has a lot of songs that are easy to listen to and enjoy.  The songs 7, Oxygen and Soundcheck are all killer songs that would satisfy any Oasis fan.  There are a couple average songs here and there, but overall it hits the spot.

Posted by VariousCrap at 7:06 AM