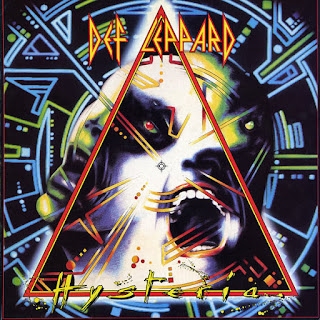 Def Leppard's Hysteria came out 30 years ago today and was an album that poured gasoline on my love of rock music.  Hysteria sold 12 million in the United States and over 30 million copies world-wide.  The album had seven hit singles including the smash hits Pour Some Sugar On Me, Love Bites and Armageddon It.  It is hard to believe it has been this long since this album ruled the chart, but the album sounds as good today as it did then.

Posted by VariousCrap at 5:19 PM